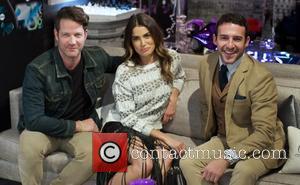 Actress Nikki Reed has opened up about her new engagement to Ian Somerhalder, insisting she is still in awe of the size of her diamond ring.

The Vampire Diaries hunk was rumoured to have proposed to Reed in January (15) after six months of dating, and she has since been spotted wearing a large new gem on her left ring finger.

The bride-to-be has now confirmed the marriage speculation, revealing she cannot stop staring at her floral-inspired rock.

She tells People.com, "It's so gorgeous, and I'm very lucky for many reasons, but I look at it every day and just think, 'Wow.' I don't even know what to say. Is that not the most beautiful thing you've ever seen in your whole life?"

However, the Twilight star, 26, is hesitant to share details about Somerhalder's proposal in public, explaining, "You've got to keep some things to yourself and have a moment."

She continues, "As much as we want to expose as much of that as we can, we also just really want to keep some things for us and our family. You don't have the opportunity to do that very much with what we do for a living, so we're going to do our best."

The marriage will be 36-year-old Somerhalder's first and Reed's second - she split from singer Paul MCDonald in early 2014 and finalised their divorce at the start of the year (15).