Actress Nikki Reed Was Rushed To An Emergency Room At The 2015 San Diego Comic-con Last Week (Ends12jul15) After Developing Problems With Her Throat. 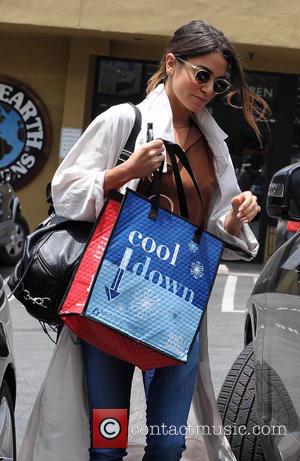 The Twilight star was attending the California event with her new husband Ian Somerhalder when she became unwell, and doctors put the cause of her throat problems down to exhaustion and dehydration and kept her in overnight for observation.

A source tells the New York Daily News, "Nikki said that it was probably because she's been flying so much for work. She's been to 20 cities in eight days for work obligations."

After she was discharged, Reed flew to Atlanta, Georgia where Somerhalder is filming, and then onto Nashville, Tennessee for a whisky launch.

According to the newspaper, her voice has not returned to normal but she is recovering well.