Nile Rodgers' Inaugural Music Festival In New York Got Off To A Bumpy Start On Tuesday (04aug15) When The Event Was Blighted By A Storm. 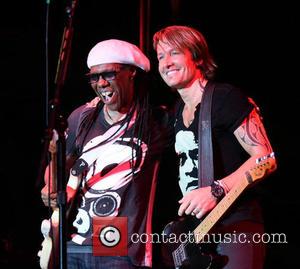 The Chic legend organised the FreakOut! Let's Dance festival in Long Island, but his efforts were hampered by bad weather as high winds delayed the start of the event.

Crew members reportedly spent hours rearranging the stage sets, but the festival eventually went ahead as planned with performances by Pharrell Williams, Keith Urban and Chic, during which Rodgers appeared onstage dressed in casual clothes and blamed his appearance on the delays.

He told the audience, "Please forgive me for playing my show in jeans and a T-shirt. We simply did not have time to get it right."

Beck closed the show and played past the event's planned 11pm end point.

The festival closes on Wednesday (05Aug15) with performances by acts including Chaka Khan and Duran Duran.