Nile Rodgers has revealed he wants to record with Prince after the two music legends tour this year. 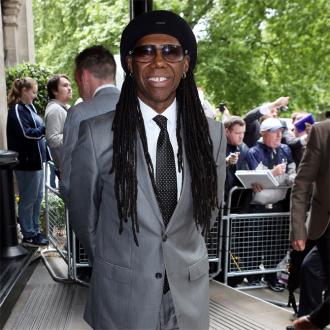 Nile Rodgers has revealed he wants to record with Prince.

The Chic star will be touring with 'Purple Rain' singer this year and he is hoping to get in the studio with Prince and lay down some tracks.

Speaking at the Ivor Novello Awards in London on Thursday (22.05.14), he said: ''This year I've been concentrating on my new album and I'm on tour with Prince a lot ... we always play together. I've been in the studio in close proximity to Prince and we've jammed together live but this year, after we've played together, we'll see what happens.

''I don't know about making an album (with him), although we do both work really quickly.''

Nile - who was honoured with the Special International Award for his incredible career at the ceremony, a prize handed to him by his friend Johnny Marr - also revealed he is set to work with Duran Duran again.

The 61-year-old guitarist performed with the band's singer Simon Le Bon and George Clinton at the International Music Summit's Legends Dinner in Ibiza on Wednesday night (21.05.14) where he was guest of honour and on the flight to the UK afterwards Nile and Simon discussed plans for their collaboration along with producer Mark Ronson.

The 'Good Times' hitmaker - who first worked with Duran Duran in 1984 on a remix of their hit single 'The Reflex' and then on their 1986 album 'Notorious' - said: ''On the plane Simon and I talked about working together and we're trying to figure out how our schedules can line-up so I can work on some of the Duran Duran stuff. I do know, according to what Simon said to me, that they're going work around my schedule which is amazing. I adore Duran Duran.

''I gave Mark Ronson his first Walkman and he started bouncing on one foot and then the other and then started becoming a producer. ''Can you imagine me and Mark in the same room as Duran Duran? That's going to be cool. The love is going to be insane.''