Actress Nina Dobrev Has Sparked Speculation Of A Budding Romance With Whiplash Star Austin Stowell After They Enjoyed A Night Out Together In Hollywood. 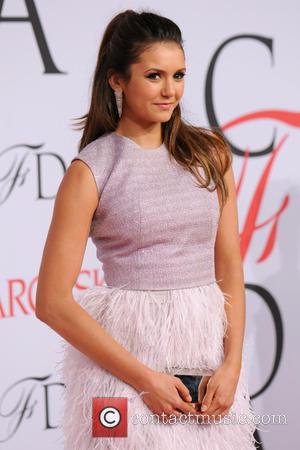 The former Vampire Diaries beauty was first spotted with Stowell at the Indianapolis 500 race in Indiana in late May (15), and they fuelled rumours they were a couple on Wednesday (10Jun15), when the stars attended the Hallmark Shoebox relaunch event at The Improv comedy club.

An onlooker tells People.com they spent the evening laughing and "getting cozy during the comedy show", adding, "She was very happy to have a night out with her new guy. And she was very excited to see her friend Rob Riggle host the show."

Somerhalder has since moved on to Twilight actress Nikki Reed, who he wed in April (15) after a whirlwind romance.