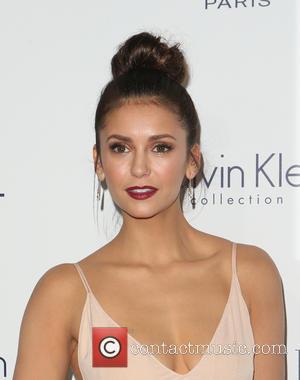 The Glee star threw a spooky bash over the weekend (24-25Oct15), a week ahead of the traditional celebrations on 31 October, and asked all his guests to don fancy dress, so The Vampire Dairies actress Nina took inspiration from the singer-turned-fashion designer.

She wore a short brown wig, large sunglasses and a little black dress to become 'Posh Spice', and posed for pictures with four friends dressed as the rest of the Spice Girls.

Other guests at the party included Matthew's Glee castmates Ashley Fink and Chris Colfer, as well as actor Colton Haynes, who dressed up as Ursula the Sea Witch from Disney movie The Little Mermaid.

Colton showed off his impressive costume in a series of posts on his Instagram.com page, writing, "Poor unfortunate souls #Ursula."

Modern Family actress Sarah Hyland dressed up as a white cat for the bash, and other guests included Revenge stars Ashley Madekwe and Christa B. Allen.