Thirty years ago the landscape of popular music was changed forever when Nirvana released their seminal, era defining second album, Nevermind. Nirvana had already built up quite a substantial following in the U.S, and the U.K, by the time they released the follow up to their debut album Bleach on September 24th 1991. Nirvana's popularity grew organically by word of mouth, many memorable live performances and the band's air play on North American college radio stations, but it was Nevermind that would bring the band to a global audience. 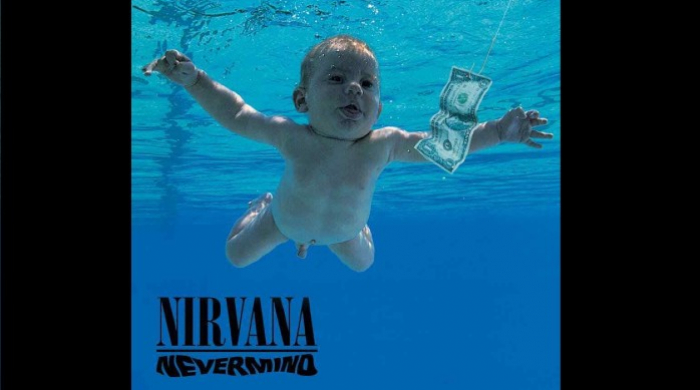 By the time that Nirvana came to record their masterpiece they had undergone further line-up changes, the most impactful being the inspired decision to recruit "merciless basher" Dave Grohl as the band's drummer. Nirvana had also become disillusioned with their record label, Sub Pop, and had signed to DGC Records. Both of these major decisions helped shape the sound of Nevermind and make Grunge, and the Seattle sound, an early nineties musical phenomenon.

Nirvana used the platform that they had been afforded with the critical success of their debut album Bleach to further develop their sound into a more commercial version of the alternative rock that they had become associated with. No one however could have predicted the impact that the 12 tracks of Nevermind would come to have on music, and popular culture. Even the record label, DGC, massively underestimated the potential sales that Nevermind would generate upon its release. At one point Nevermind was selling twice the units per month that the label had predicted for the entire year.

With the release of the album's lead single, Smells Like Teen Spirit, just two weeks before the album launch, Nirvana had seemingly hit the perfect storm. They had captured the imagination of the disillusioned youth, unwittingly brought about an unlikely fashion trend and brought their unique blend of Punk and Grunge to a mass market. Holey jumpers, shredded and battered jeans and even antique cardigans became de rigueur.

Smells Like Teen Spirit, the opening track to the album, also had an inspirational and utterly compelling video to accompany it. The combination of the brilliantly captured live video with the incendiary music will forever remain one of the defining moments in pop-culture. What helps separate Nevermind from other notable albums of the time however is it's genuine, start to finish, quality. Every track on Nevermind is outstanding.

Although Nevermind is predominantly defined as alternative rock it also has a fantastic mixture of styles that seamlessly compliment each other. The underlying harmonies in songs like In Bloom and Breed are easy to over look when confronted with the impassioned intensity of the delivery but they are also what make the songs such anthemic juggernauts. The considered restraint that introduce you to Lithium and Come As You Are leads you through to songs that almost immediately engage you with such sublime hooks that you can't help but be drawn to them.

Nevermind isn't all thrashing guitars and thunderous percussion though, there are elements of tenderness and reflection that showcase the inherent excellence of the songwriting. Polly, and especially the sublime Something In The Way, give Nevermind an added character and depth that has, over the years, helped make it one of the most lauded albums of all time.

Nevermind was the 90's equivalent to The Beatles Sgt. Pepper's Lonely Hearts Club Band, The Beach Boys Pet Sounds or The Sex Pistols Never Mind The B***ocks. It was a game changer, an inspirational, hugely influential album that defined a moment in time. It captured the imagination of a youth that felt alienated and forgotten. Nirvana gave them a voice, a like minded family and a sub-culture that permeated into life style and fashion.

Nirvana's Nevermind is, arguably the best album ever made. In the thirty years since it's release it's hard to even think of a comparable record that has had such a major impact on music, fashion and popular culture.