By Stephanie Chase in Music / Festivals on 01 January 2018

From fronting No Doubt to designing her own clothing line and appearing as a judge on ‘The Voice’, Gwen Stefani has done it all. But there’s some facts about the multi-talented artist that may still surprise you.

1. She was named after a fictional stewardess - Gwen’s mother named her after Gwen Meighen, a character from the 1968 Arthur Hailey novel Airport. The character was played by Jacqueline Bisset in the novel’s 1970 film adaptation.

Gwen Stefani spoke to InStyle magazine for their December edition, and gave an insight into her family / career balance.

Resurgent pop star Gwen Stefani has spoken publicly about her recent divorce from her husband of 13 years, Gavin Rossdale, and how she balances her busy family and and work life, both before and since the break-up.

Stefani, 46, had three children with the British lead singer of Bush – Kingston (9), Zuma (7) and Apollo (22 months) – during their time together. Though the former No Doubt singer didn’t go into specifics about the disintegration of their marriage, she did provide an illustration of her home life. Gwen Stefani and Gavin Rossdale are divorcing after 13 years of marriage.

Gwen Stefani and Gavin Rossdale’s marriage is at an end. The No Doubt singer filed for divorce from Rossdale on Monday (3rd August). The papers, filed at Los Angeles County Superior Court, cite irreconcilable differences as the reason for their split. Gavin Rossdale and Gwen Stefani at the Wallis Annenberg Center For The Performing Arts Inaugural Gala in Los Angeles in 2013.

By Stephanie Chase in Music / Festivals on 20 October 2014

Gwen Stefani is back with a new single and album on the way.

As much as we’ve been enjoying seeing Gwen Stefani as a judge on 'The Voice', we’ve also been hoping that the platinum blonde singer will soon be getting back to doing what she does best, making music. Well it seems our wish has finally come true, as Gwen has just dropped a brand new track entitled ‘Baby Don’t Lie’, taken from her forthcoming album. Gwen Stefani is back (finally) with a new single

The tropical sounding single made its way online last night (October 19th) ahead of the video premiere which will happen during tonight’s episode of  'The Voice'. The video has been directed by Sophie Muller, who has previously worked with Gwen and No Doubt.

By Victoria Pavlova in Music / Festivals on 29 September 2014

Gigs in the park are fun and all, but can they really help to end extreme poverty?

So there’s SXSW for the hipsters, Coachella for the fashionable crowd… and then there’s the Global Citizen music festival, which has a different vibe altogether. Held in Central Park, the third annual event featured the likes of Beyonce, Jay Z, Alicia Keys, No Doubt, Sting and fun. The star-packed festival is free to attend and sets itself the ambitious goal of “erasing poverty by 2030.” After their On The Run success, Bey and Jay graced the Central Park stage in honor of a good cause.

So here’s how it works. The acts all performed for free, with brief speeches by the likes of Jessica Alba, Hugh Jackman and Olivia Wilde speaking in between performances. It was an exercise in raising awareness and putting pressure on world leaders to enact more effective policies on equality. Attendees were also encouraged to take the pledge, which would earn them points to put towards VIP entry.

By Stephanie Chase in Music / Festivals on 28 September 2014

The Rock in Rio festival is coming to the United States for the first time ever next year, with a four day event being held in Las Vegas. Taylor Swift and Metallica are among the names already announced for the event, which will coincide with the festival’s 30th anniversary. The event will be held at Las Vegas’s MGM Resorts Festival Grounds and is set to take place on the weekends of May 8th-9th and May 15th-16th 2015. Alongside Swift and Metallica, Linkin Park and No Doubt have also been confirmed, as have John Legend and the Deftones who will be performing on the Sunset Stage.

Something for everybody! New York's 2014 Global Citizen Festival has announced an eclectic line up.

Jay Z, No Doubt and Tiësto have been announced as the main acts to perform at this year's Global Citizen Festival in New York. The annual charity event, which will take place on September 27th on the Great Lawn in New York's Central Park, aims to cater for all musical tastes whilst raising awareness of key world issues. Rapper Jay Z Has Been Announced As A Headliner Of The Global Citizen Festival 2014.

"Change only takes place when and where there is action," rapper Jay Z said in a statement, via Rolling Stone. "I'm joining the 2014 Global Citizen Festival because I believe through actions, whether it be by raising awareness, getting involved or educating ourselves, the goal to end extreme poverty by 2030 is possible."

Gwen Stefani is in talks to join 'The Voice' and may be filling in for current judge Christian Aguilera when she takes maternity leave.

Gwen Stefani may be joining The Voice as a judge for the upcoming seventh season. Reports suggest Stefani is close to signing a deal with the show's network, NBC, to appear as a judge on The Voice for one season. Gwen Stefani is rumoured to be joining The Voice as a judge in the upcoming seventh season.

Stefani, according to reports in The Wrap, appears to be filling in for Christina Aguilera who is currently expecting her second child. Aguilera has served as a judge for the show since 2011 but is taking time off during her pregnancy. She is expected to return for the eighth season of the show so Stefani may be a temporary replacement.

No Doubt - Adly Syairi Ramly, a self-proclaimed music and LEGO junkie, has transformed the toy brand's famous figures into some of the world's most iconic bands. Legendary acts such as the Beatles, Foo Fighters, Radiohead and Pearl Jam have been given a LEGO makeover and photographed using only an iPhone 5 with no added desktop editing. - Malaysia - Wednesday 19th March 2014 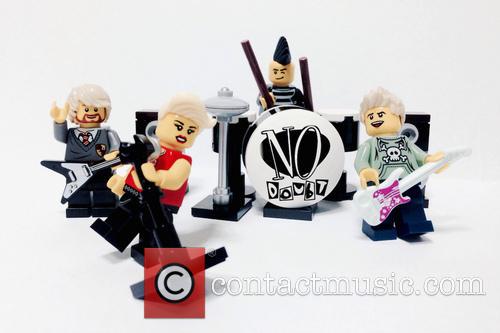 The Best And The Worst Performances In Super Bowl History (Videos)

The Super Bowl half-time entertainment shows have slowly evolved into one of the biggest deals in the entertainment industry. Get it right, get richer (you’ll already be rich, if you’re performing at the Super Bowl, these days). Get it wrong? Suffer at least 12 months of ridicule and about a fortnight of humiliation every year subsequently, as people like us dig up lists like this to remind everyone of your shame.

A good Super Bowl Halftime Show can be life-affirming. Patriotism in its finest form; live music at its glitziest and its most extravagant. Here are five of the best:

Continue reading: The Best And The Worst Performances In Super Bowl History (Videos)

By Lorna Greville  in Lifestyle / Showbiz on 17 December 2012

Gwen Stefani is a talented lady. A great singer, fantastic performer, fashion designer, business woman, devoted mother and wife, she has managed, with success, to be one of those lucky women who 'has it all'. But 'having it all', paradoxically, doesn't come for free, and talking to Vogue, she (along with the rest of No Doubt) tells them about the hard work and elements of sacrifice it all takes.

"She thinks she's failing at everything," said her ex-boyfriend, Tony Kanal. "It's hard to manage that many things: She's got the band, her family, her husband, her clothing lines...I think when she looks back on it, she'll see she did incredibly well."

In a world of rock music, where Gwen's constantly surrounded by men, Kanal and the band have noted the difference in their genders, by saying how different it is for her to be touring while being a mother, as opposed to a father, and Gwen has also felt that difference over the years. "There have been some times where I have felt that really sh*tty feeling of being like, Gosh, do the men in this world even think that I'm on their level?"

Continue reading: Not 'Just A Girl' Gwen Stefani Talks About The Challenges Of Her Career 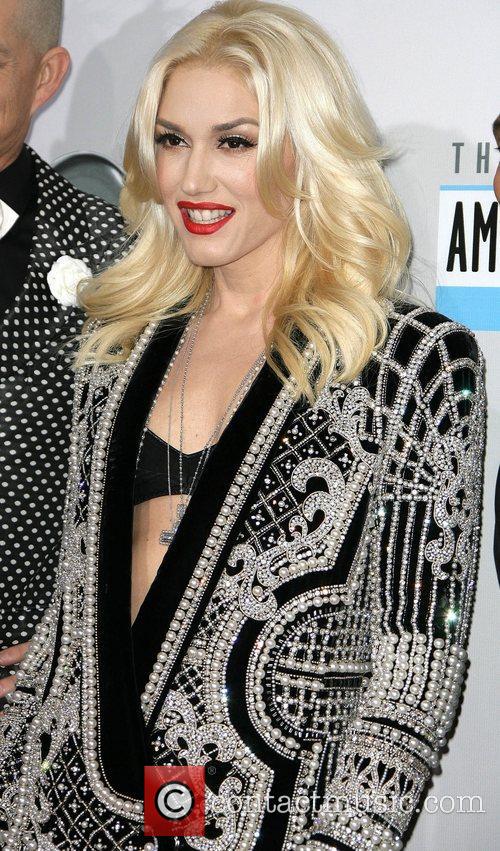 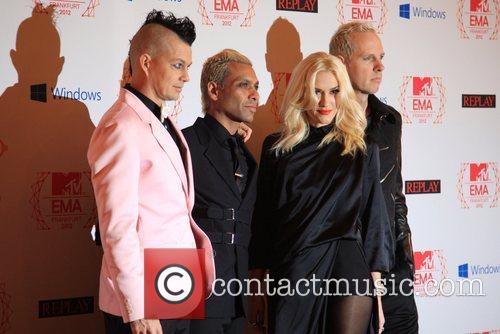 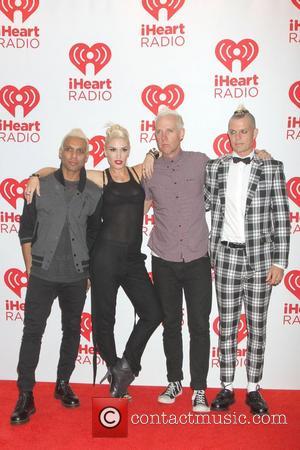 No Doubt apologise for music video

No Doubt Delay Comeback Album Until 2012

No Doubt Star Young Is A Dad Again 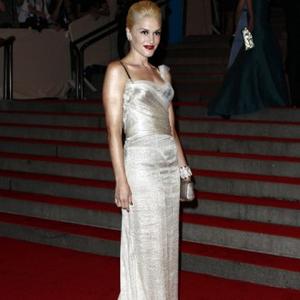 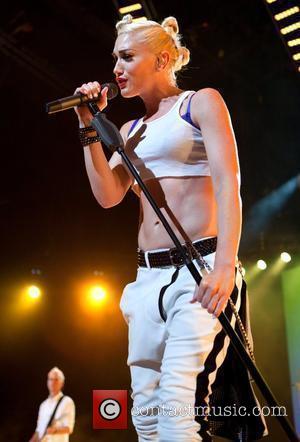 No Doubt Rocker To Be A First-time Dad