alt-J, Noel Gallagher and Portishead will headline Latitude Festival, with other performances to be provided by Manic Street Preachers, James Blake and Laura Marling. 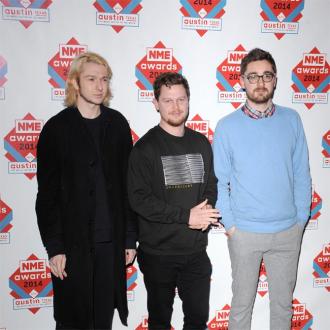 The annual music festival in Suffolk, south east England will feature the rockers, with alt-J eager to play at the event because it has ''always been so memorable'' when they have performed there before.

The band said: ''We are hugely excited to return to Latitude for the third time. Playing there has always been so memorable. Latitude has always supported us, and to go from playing the smaller stages to this means it will be a night of celebration.''

While alt-J will perform on the Friday night, Portishead and Noel Gallagher's High Flying Birds will play their debut performances at the festival on the Saturday and Sunday night respectively.

Elsewhere at the literary arts festival - which will feature two new areas, hot tubs and swimming permitted in the lake - will be an array of comedians, with Alan Davies, Jon Richardson, Jason Manford, Jack Dee and Katherine Ryan among those announced so far.

Taking place from July 16-19 near Southwold, tickets for the event are on sale now.