Gallagher Is A Dad Again 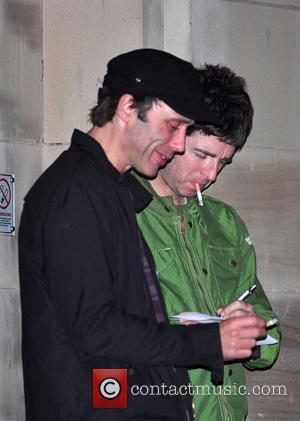 Picture: Noel Gallagher wearing a bright green jacket smokes a cigarette as he arrives back at the Radisson Edwardian Hotel after watching Blue Moon Rising Premier...

British rocker Noel Gallagher is celebrating after becoming a father for the third time.
The Wonderwall hitmaker's girlfriend Sara MACDonald gave birth to Sonny Patrick on Friday (01Oct10), according to Britain's The Sun.
Sonny is the second son for the couple - the pair is already parents to Donovan Rory, born in 2007.
Gallagher is also a dad to daughter Anais, 10, from his marriage to Meg Mathews. They divorced in 2001.