Gaz Coombes Thinks Noel Will Be More Experimental Than Liam 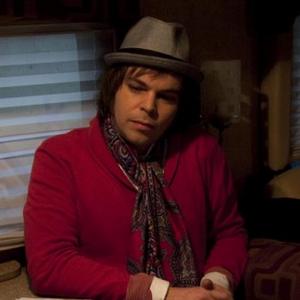 The former Supergrass frontman is looking forward to albums from the ex-Oasis guitarist and his singer brother - who now fronts Beady Eye - but thinks Noel will be the more experimental of the two.

He told BANG Showbiz: "Beady Eye - it's very Liam, if there was anything you'd expect him to bring out, that sums him up. That hold on John Lennon is still very apparent.

"I think that's what's important really when you embark on a new project, to express what you want and how you sing naturally, and that's what he's done.

"But I think it's within Noel to kind of explore and to challenge himself as well, I'm a bit more open as to what Noel might do."

Gaz - who was also the singer and guitar player in his group - added his own solo album, which he hopes to release in autumn, sees him embrace sounds and instruments he's not usually associated with.

He added: "I haven't necessarily gone for huge screaming guitars on my record. I like upbeat acoustic stuff as well. Not ballad-y at all, but with pianos and weird synthesisers and stuff. I've been quite experimental with sounds.