Noel Gallagher Has Trained His Guns On One Direction Yet Again, Taking Aim At Harry Styles And Accusing Him Of Having "Nothing To Say For Himself". 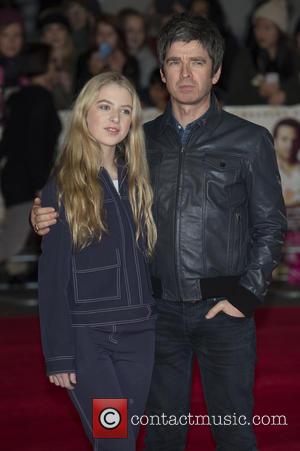 The former Oasis star is never afraid to voice his opinions and in 2013 he slammed the hit boyband for making "f**king dreadful" music, before launching a broadside at Zayn Malik, calling him a "f**king idiot" for quitting the five-piece at the height of its fame earlier this year (15).

Now he has laid into tousle-haired Lothario Styles, implying the heartthrob singer is boring.

"I'll tell you what's wrong. Fame's wasted on these c**ts today," Noel grumbled to Britain's Esquire magazine. "Harry Styles has got nothing to say for himself - nothing. 'You alright, mate?' 'Uhhh.' That's it."

Noel also insisted he will survive as a musician despite the industry-wide slump in record sales as a result of free downloads because he earns his money from live performances and the Internet can never replace that.

It wasn't all negativity during the musician's interview though, as he praised rapper Kanye West's talent, especially his energetic performances.

Noel also shared his more affectionate side when discussing his family, revealing he's happy for his kids Anais, 15, Donovan, eight, and five-year-old Sonny to follow in his showbiz footsteps.

"My daughter, who comes from a broken marriage, she works in TV now, she's very f**ing into it," he said of Anais, who was born during his marriage to Meg Mathews.

"If those two lads find that thing then it's just up to me to steer them, guide them towards it. But I'm not going to overthink it, either. I mean, they'll probably both end up working for me. Donovan'll be the tour manager and Sonny will be head of security. I'd love that."