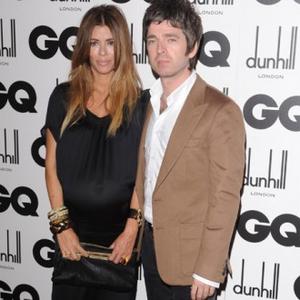 The former Oasis rocker praised the animated group - masterminded by his former bitter chart rival Damon Albarn - as they collected the Band of the Year accolade at the star-studded ceremony at London's Royal Opera House.

Noel told The Sun newspaper: "Gorillaz definitely deserve some kind of award - if only for having 104 people on stage at Glastonbury. What a f***ing rider that must've been to organise."

Noel was at the ceremony to hand veteran Kinks frontman Ray Davies an Outstanding Achievement award.

Controversial US rocker Alice Cooper, who was sitting next to him at the awards spoke of the influence Ray had on his career.

He said: "It was British bands like The Beatles, The Rolling Stones and The Kinks that got me into music. Ray is the man who made me want to write songs. I learned everything I know from analysing his songs."

The annual awards show by the English magazine also saw rapper Dizzee Rascal pick up Solo Artist of the Year, while 'Doctor Who' star Matt Smith was honoured as Actor of the Year.

Though the ceremony honours high-profile men, actress Gemma Arterton also picked up a gong at the bash, taking home the International Woman of the Year trophy.

Full list of GQ Men of the Year awards winners:

Band of the Year - Gorillaz

Actor of the Year - Matt Smith

Sportsman of the Year - Ryan Giggs

Comedian of the Year - James Corden

Chef of the Year - Heston Blumenthal

Most Stylish Man of the Year - Aaron Johnson

Politician of the Year - David Cameron

Designer of the Year - Giorgio Armani

Writer of the Year - Martin Amis

Entrepreneur of the Year - Nick Jones