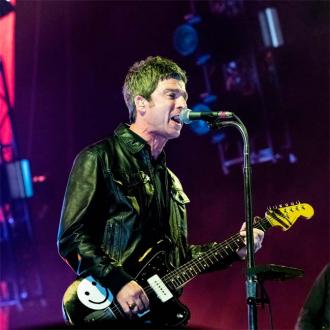 Speaking to Radio X ahead of his concert at Watford Colosseum on Monday (14.05.18) in aid of Global's Make Some Noise Charity, he said: ''Do you know what? I've just been listening to it in the car today on the way here ... And I don't know what to make of it.''

When host Gordon Smart then made reference to Noel's own experimental third solo LP 'Who Built The Moon?' and stated that experimental is ''not really what you expect from the Arctic Monkeys'', the guitarist said: ''No, you'd expect a few choruses. It hasn't got any of them!''

Despite his lack of enthusiasm for their latest release, Noel has always been a fan of the Arctic Monkeys - who cited his former group Oasis as a major influence on them at the beginning of their career - and doesn't think there has been a new great British band since they shot to fame with their 2006 debut record 'Whatever People Say I Am, That's What I'm Not'.

The 'Wonderwall' songwriter previously said: ''Rock 'n' roll is still there but it's certainly lacking the re-generation process. Since the Arctic Monkeys, Kasabian, Razorlight and The Libertines there has been nothing. You name me one band since them. So the evidence is that rock 'n' roll is kind of in hibernation.

''Oasis was the last band from the old world. We happened before the digital age.''