Noel Gallagher has revealed he would jump at the chance to write the James Bond theme tune. 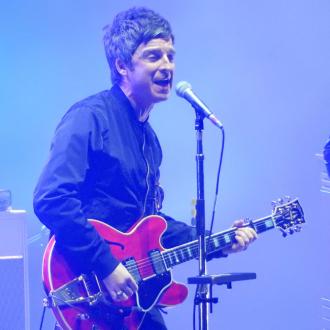 The former Oasis star admitted he would jump at the chance to write and perform the title song to a movie in the spy franchise but doesn't think he would be asked because he's not famous enough.

Speaking to NME after it was revealed that Sam Smith has written the theme to 'SPECTRE', he said: ''If I was asked. F***ing too right. I'd record a Bond theme in a heartbeat. But they usually want people who are famous in America, don't they? I'm only famous in Manchester. And bits of south London.''

The 23-year-old singer was thrilled to be asked to write the official song for 'SPECTRE', the latest movie in the 007 franchise, and said keeping his involvement under wraps was a ''top secret mission of my own''.

Speaking to DJ Nick Grimshaw on BBC Radio 1 about the song, entitled 'Writing's On The Wall', Sam said: ''I'm so relieved to actually talk about this, this has been a top secret mission of my own.

''I got called into the office with (producer) Barbara Broccoli and (director) Sam Mendes and they gave me the script, I read the script ... they said, 'Have a go at the song.'

Smith co-wrote the track with Grammy Award winner Jimmy Napes and is the first British male solo artist to record the Bond theme since Tom Jones' 'Thunderball' in 1965.