Noel Gallagher reveals he has enlisted the help of a ''mystery producer'' and did not deny it was Jamie XX. 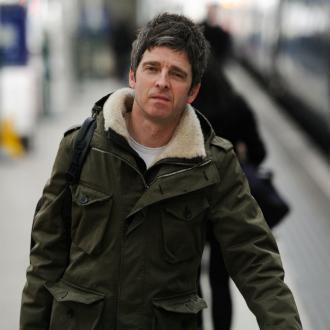 Noel Gallagher is reportedly working with Jamie XX on his next album.

The 47-year-old musician recently revealed he has started working on the follow-up to his second LP, 'Chasing Yesterday' - which was released in March - and has hinted he may be working with The xx DJ.

After saying he's collaborating with a ''mystery producer'', he was questioned on whether it was the 26-year-old musician, to which he replied: ''Did you just say Jamie xx? Yeah, well, no comment.

A spokesperson for Noel declined to comment on suggestions the pair are working together, although the news comes just a week after the former Oasis star confessed his third studio album as Noel Gallagher's High Flying Birds is already well under way.

He said: ''I'm already a bit of the way into my next record. As for what it will eventually say on the cover though remains to be seen.''

Speculation over the working relationship was heightened when the rocker admitted he is pleased to be reaching a new ''generation'' with his music.

He added:''I'm not sure why or how it's happened but I'm glad it has, and if this tour is anything to go by then there seems to be yet another generation coming through who are discovering whatever it is I do, two decades after the fact. God bless them.''