We caught up with Norman Jay MBE in Portobello Rd, London - the heart of the Nottinghill carnival - to talk about the release of Good Times 6 as well as Norman's plans for this years carnival.

Norman, 'The Peoples DJ' received the first ever MBE award for 'services to music and DJ'ing' in 2002 and his position as one of the world's most innovative, pioneering and best loved DJs remains stronger than ever.

Good Times is Norman's true spiritual home, as he literally goes back to his roots - selecting the very best, old and new Soul, Rare Groove, Disco, Funk, House, Hip Hop, Reggae and all points in between, injecting every drop of his rich musical heritage into 2 feel good CD's.

Good Times 6 is set for release on 21st August on Resist Music. 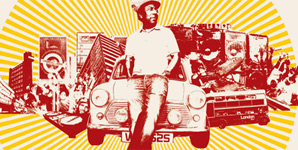 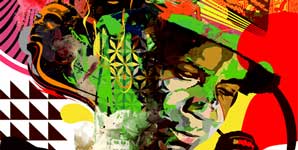 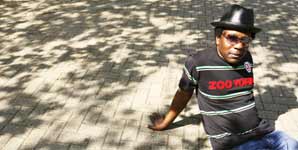