Ahead of tonight's return, the stars warn these 8 episodes aren't for the faint-hearted

For fans of The Walking Dead, season 4’s hiatus has felt like a lifetime. So tonight’s mid-season premiere will come as a welcome relief. There won’t be long to bathe in the sweet sunlight, though, as things are getting serious…

“Keep the lights on and stay near a loved one,” says Danai Gurira, who plays grump samurai sword weilding Michonne on the AMC zombie drama.

“The second half is going to be something astounding that people are never going to see coming,” she adds. “There’s some stunning episodes that really tap into how dire this world is.”

Norman Reedus, who plays Daryl Dixon – the motorbike-driving, crossbow-shooting fan-favourite - adds that: “It’s some of our best episodes, some of our darkest and some of our best written. People are really going to lose their minds on this one. It’s really bananas.”

Steven Yeun, who plays fan-favorite everyman Glenn, who we met in episode 1 as he saved Rick (remember that tank?) is searching for his wife, Maggie, played by Lauren Cohen.

“The focal point of this show is, what happens when society is stripped down to its bare bones? It masks itself in something fun like zombies, but the core is about people.”

Scott Gimple isn’t exactly a star in the same way, but as showrunner, much of the show’s success (this season) is down to him, while some of the Walking Dead’s most memorable episodes have been penned him him.

“They’ve all lost their home, they’ve lost each other and their sense of safety,” he explained. “How is this going to change everyone? There’s a lot of different stories that come out of this, and we’ve got one for every character,” says Gimple.

With the people behind the show promising a thunderous eight episodes ahead, the tension is rising as we reach the Walking Dead’s comeback. Which ‘major’ character do you think will bite the dust, and will it be a death inflicted by zombie or human?

The New York Daily News had the interviews 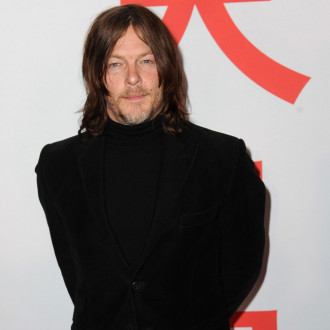