NBC will not be proceeding with the 'Murder, She Wrote' reboot and Angela Lansbury, who starred in the original TV series, is "terribly pleased and relieved," by the news. 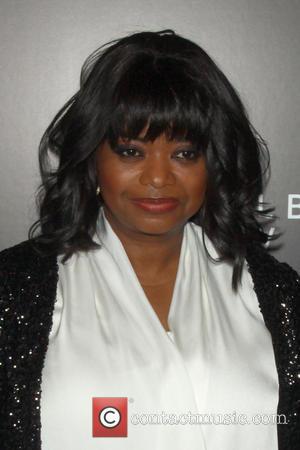 'Murder, She Wrote' won't be returning to our television screens after all.

This past October (2013), it was announced that NBC will air a reboot of the famed TV crime series, starring Octavia Spencer in the role Angela Lansbury made famous.

However, even though the remake received a pilot commitment from NBC, the network has decided to shut production down, Deadline reports.

The new re-imagined version cast Spencer as a hospital minister and part-time detective who self-publishes her first mystery novel.

The Oscar winning actress would have portrayed a character who is obsessed with true crimes reported in the news which would compel her to become part of the investigations.

The report claims the cancellation was due to complications that are tasked with re-creating an original television series, in this case one of the most successful programs in TV history, but the network doesn't want to give up on the reboot and are contemplating using a new concept.

The original ran for 12 seasons on CBS from 1984-1996 and drew approximately 23 million viewers each week when aired on Sundays.

Actress Angela Lansbury starred as the main protagonist in every series as well as 4 TV movies, she won 4 Golden Globes and earned 12 Emmy-Award nominations for her work.

The 88 year-old has been against the reboot since the announcement back in October, mainly disagreeing with the network's decision to use the same name.

When news broke of NBC pulling the plug, Lansbury was more than satisfied with their decision.

The amateur detective who played 'Jessica Fletcher' told the BBC she was "terribly pleased and relieved" by the news. "I knew it was a terrible mistake," she added. "I didn't want to sully the memory."

Lansbury also defended the actress set to replace her, stating, "Octavia Spencer is a superb actress. She had no business being put into a situation that she couldn't win." Angela Lansbury was delighted with the cancellation