The Academy-Award winning actress will be joining Kate Winslet and Shailene Woodley in the second instalment of the sci-fi film series. 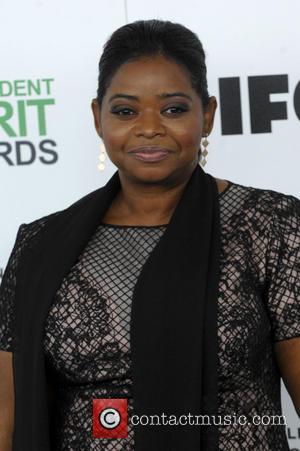 Octavia Spencer will be starring in the upcoming sci-fi epic 'Insurgent.'

The Academy-Award winning actress will be joining the likes of Shailene Woodley and Kate Winslet as the newest cast member of the 'Divergent' sequel.

Lionsgate made the announcement on Monday (May 12th).

Spencer has signed on to play Johanna, the leader of the Amity faction, in the second instalment of the film franchise, which is based on the series of novels by Veronica Roth.

According to The Los Angeles Times, German filmmaker Robert Schwentke will be directing 'Insurgent,' which will see Shailene Woodley, Theo James and Kate Winslet return to reprise their roles.

Spencer will be joining a plot that follows a teenage girl named Beatrice "Tris" Prior (Woodley) and centers around her extraordinary circumstances, as she becomes aware that there is no one else like her.

In a futuristic Chicago, society is split into five different sectors based on the residents personality traits- Candor (the honest), Abnegation (the selfless), Dauntless (the brave), Amity (the peaceful), and Erudite (the intelligent). But Beatrice is Divergent, meaning she does not belong to any one sector.

On the discovery of this, Tris is hunted down to be exterminated due to a sinister leader who wants absolute total control of the population. But when uncovering a plot against her perfect society, Tris needs to utilize this gift in order to save innocent lives.

'Insurgent' will continue with Tris being tracked down by Jeanine (Winslet), while she and Four (James) attempt to figure out her family sacrificed their lives to protect, and why Erudite leaders don't want this to happen.

The upcoming sequel is scheduled to hit theatres March 20th 2015.