By Andrew Lockwood in Music Reviews on 28 January 2013

'Bake Haus' is the first (mini) album from Scotland's Ewan Robertson, aka Offshore. Sadly, it is also the last that he will ever have the pleasure of sharing with us as, shortly after its release, Ewan, only 27, passed away. Ewan was a well-respected and much-loved, multi-talented producer, designer and musician. 'An incredibly subtle man, part of his talent was to make difficult things look easy.' 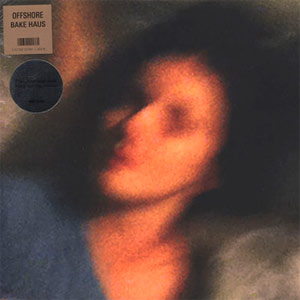 Ewan had already released two EPs on the Big Dada label and interest in his solo work was gathering momentum, bringing him to the attention of some influential taste makers. As well as his 'Bake Haus' album, he also had plans for a full length release later in 2013. Having moved seamlessly from designing some of the more memorable sleeves of the recent past (Bonobo's 'Black Sands' and Roots Manuva's 'Slime And Reason'; two stand out examples) it is an undoubted tragedy that his musical exploration and creativity were cut so short.

Under the moniker of Offshore, Ewan created a sound that was both vast and enveloping but also one capable of achieving suffocating intensity. Through the course of the fourteen songs and soundbites that make up 'Bake Haus', Offshore takes us on a journey of multi-textured instrumental complexity. From the opening bars of the revolving synth notes on 'Breeze', the reverse beats and spliced interjection of the Indie guitar on 'Frazer' to the super depth charge brevity of 'Name Brand', Offshore mixes in a smorgasbord of material. The whistles and drum rolls evoke a military menace on the semi-oriental highlight of 'Downer', there is the rapid fire of arcade games on 'Well Patient' and a distinctly happier vibe on the title track 'Bake Haus', and then there is the disturbing mania of the claustrophobic 'Gutter'. The best, however, is certainly saved to the last. 'Downer 2' is the fully formed, Bonobo flavoured, whirring, blowing and beating article and a fitting end to an interesting listen.