Jordan is the longest-serving female professional dancer on the BBC1 Saturday night show.

Ola Jordan has reportedly left ‘Strictly Come Dancing’ after nine years on the programme. The professional dancer’s relationship with show bosses is said to have soured over the past year, since her husband James Jordan was axed from the show. 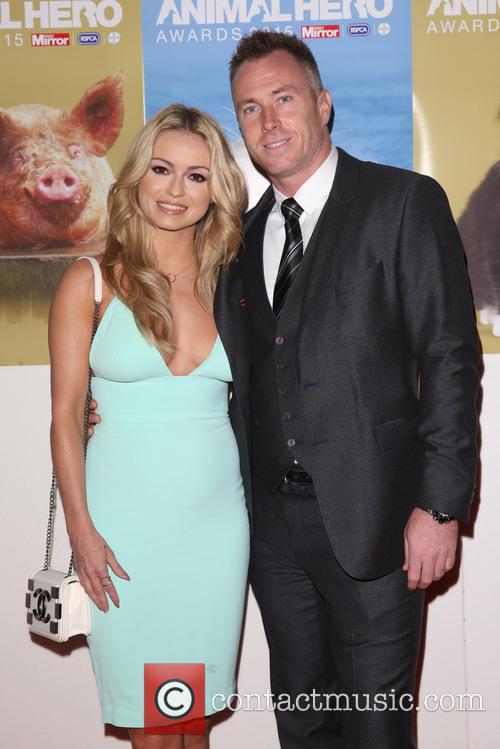 According to The Mirror, Jordan has grown sick of tensions with bosses and will leave at the end of the current series. Jordan and her celebrity partner sprinter Iwan Thomas were the first couple to be booted off the show this series, after an underwhelming cha-cha routine.

A source told The Mirror, "This has been on the cards a while. She's very loyal to James so when he was forced out it left a sour taste.” What also probably didn't help were the comments made by judge Craig Revel Horwood last month, who suggested she should be banned from taking part in "sexy shoots” by the show.

Speaking to The Sun a source commented, ”Her calendar shoot was a bit racy, but 'Strictly' dancers aren't paid a huge amount. She has so many work offers, she can't turn down things like that. Ola has been amazing on 'Strictly' and in the main it's been a great experience, but it's time to walk away.”

More: Peter Andre Is A Wanted Man On The Strictly Dance Floor

Jordan first joined the show in 2006 and is its longest-serving female professional dancer. In 2009 she won the competition with celebrity partner, broadcaster Chris Hollins. She has been married to fellow pro dancer James Jordan since 2003.

Ola Jordan Joins Line Up For 'I'm A Celebrity Get Me Out Of Here!'