Forget The Globes, Olivia Wilde and Jason Sudeikis Are Engaged! 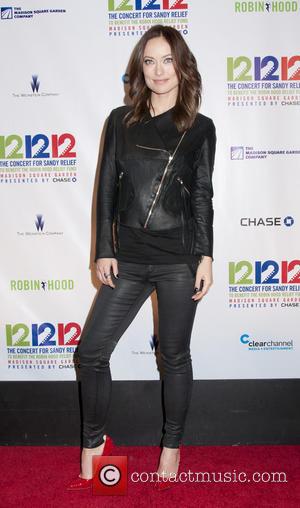 Well, they kept this one quiet. Or maybe Olivia Wilde and Jason Sudeikis chose to announce their engagement just before the Golden Globes to keep things on the down low? The Change-Up actress confirmed the news over the weekend, tweeting on Sunday, "Thanks for all the sweet congratulatory love, friends! And may I compliment your savvy use of that nifty engagement ring emoticon."

A source told US Weekly magazine that funny-man Sudeikis, 37, popped the questions shortly after the festive holidays. "He finally found the one that made him want to commit.They've both been through it before and this has just felt right from the get go. Everyone is happy for them." It will be the second wedding for both stars:  Jason was previously married to the Pitch Perfect screenwriter Kay Cannon for six years, while Olivia was married to documentarian Tao Ruspoli for eight years before splitting in 2011. During a Glamour magazine event in October, Wilde opened up about the end of her marriage, saying, "I felt like my vagina died. Turned off. Lights out . . . you can lie to your relatives at Christmas dinner and tell them everything on the home front is just peachy. But you cannot lie to your vagina." She later boasted that she and Sudeikis "have sex like Kenyan marathon runners."