Actress Olivia Wilde Is Calling On Fans To Throw Their Support Behind A New Fundraising Campaign Aimed At Providing A Proper Education For 300 African Children Left Orphaned By The Ebola Crisis. 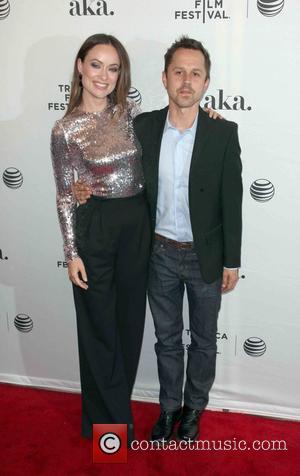 The TRON: Legacy star is one of the executive producers behind the new documentary Body Team 12, which follows a group of local aid workers in Liberia who are tasked with removing the bodies of Ebola victims to help prevent the spread of the deadly virus in the disease hotspot.

Director/producer David Darg reveals the short film is dedicated to the aid volunteers in honour of their bravery after experiencing exactly what they had to go through day after day while shooting the project.

During an appearance on U.S. breakfast show Today, he explains, "It was really a tough film to make. Obviously I was right there, in harm's way, embedded with the body team. It was very stressful in that situation. I was having to actually, for certain scenes, have to wear protective clothing for myself, just to protect myself and so I went through some of the anxiety that the team themselves went through day in, day out.

"I went, over the course of four trips to Liberia, to shoot the film. These guys were there every single day, at the height of the outbreak, experiencing this extreme distress, having to work with families to convince them to take away their loved ones, and so we made this film as a tribute to their bravery. These are young Liberians who volunteer, risk everything to save their country and ultimately to save the world in this outbreak."

The short film premiered at New York's Tribeca Film Festival on Sunday (19Apr15) and now Darg, Wilde and co-producer Bryn Mooser are hoping to help hit their crowdfunding target of $60,000 (£37,500) to pay for schooling for some of the Ebola victims' children.

Mooser says, "There's still an ongoing crisis. There's over 2,000 children who have been left orphaned by Ebola and so we've set up a fund, TheEbolaOrphanProject.com and we're hoping to raise money to put over 300 of those kids through school."

Wilde adds, "It's really extraordinary. We're trying to raise $60,000 and that's not a lot and that's gonna take care of these 300 orphans."