Olly Murs has hinted that attention from his female fans is part of the reason he split from long-term girlfriend Francesca Thomas last month. 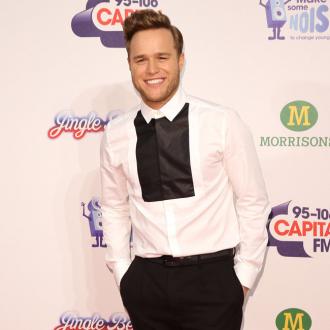 Olly Murs has hinted his female fans are to blame for his recent break up.

The 'Wrapped Up' hitmaker split from his girlfriend of three years, Francesca Thomas, last month and has now revealed comments from fanatic fans played a part in the break down of their relationship.

Olly explained: ''A lot of my fans are girls, so it can cause problems, obviously. Sometimes I'll ask Francesca to stay in the people carrier when a crowd comes around. From her perspective she's thinking, 'Why am I a secret? Why are you putting me in a car?' And I say, 'You can come and stand with me if you want', but if someone comes up and asks for a picture and says, 'Olly I really fancy you, you should dump your girlfriend. You should get rid of her and go out with me'. It's not nice.''

The 31-year-old star - who struggled to juggle their relationship with his hectic work schedule - has been left heartbroken by the split as he admitted Francesca was the first woman he'd ever dreamt of having a future with.

Writing before his recent break-up in his new book 'On The Road', as published by the Daily Mirror newspaper, Olly said: ''It's difficult because my job isn't very relationship-friendly. There is always something going on and I'm not often at home. But if we manage to deal with that, it would make me very happy. In no past relationship have I ever planned a future together, only in this one.''

Meanwhile, the 'Seasons' singer recently confessed it's been ''a difficult couple of weeks'' coming to terms with the split.