Olly Murs showered naked with Will Ferrell after a Soccer Aid match and says the bathroom moment has been a highlight of his career. 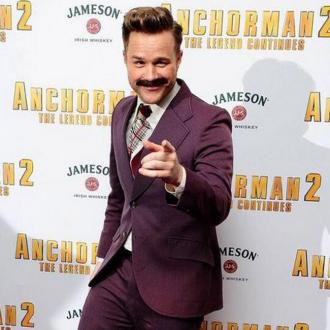 The 'Hand On Heart' singer shared a steamy clean-up with the 'Anchorman 2: The Legend Continues' actor after a charity Soccer Aid match last year which was organised by Robbie Williams at Old Trafford in Manchester.

Speaking at the premiere of the new comedy film at The Odeon in London's Leicester Square last night (11.12.13), Olly told BANG Showbiz: ''I met Will when we were doing Soccer Aid and I actually had a shower with him naked.

''It's one of the highlights of my career, that I had a shower with Will Ferrell, it was a beautiful thing.''

The 29-year-old singer joined guests including the cast of 'Made in Chelsea', who dressed up as Will's news anchor character Ron Burgundy and his team, complete with fake moustaches and 70s style shirts.

Olly was thrilled to walk the red carpet with the comedian and his co-stars because he is such an 'Anchorman' fan.

The pop star said: ''I'm a massive 'Anchorman' fan, it's always a pleasure to see everyone and I've been watching it with my mates for years.

''I've got a little bit of extra tan on tonight, I'm an anchor. Ron Burgundy is my favourite, he's an absolute legend.

''Paul Rudd is brilliant as well, I've watched him in a lot of films, he's a great actor.''

Will was joined at the premiere by his castmates Steve Carell, Paul Rudd, Christina Applegate, David Koechner, Meagan Good and James Marsden.