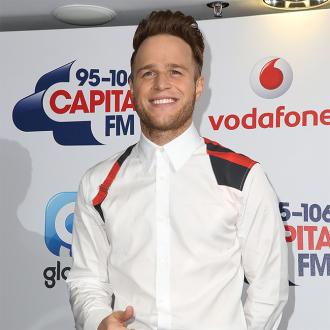 Olly Murs has split from his girlfriend of three years.

The 31-year-old pop star and property manager Francesca Thomas, 26, have reportedly called time on their relationship following a holiday last week, with Olly struggling to balance his personal life with his hectic working schedule.

A source said: ''The split has just happened and it is very raw for Olly, he still feels numb.

''He always worried that his relationship would struggle because he'd always put his career first.''

As well as managing his pop career, Olly is also currently serving as a presenter on 'The X Factor' in Britain, which has further restricted the time he's been able to spend with Francesca.

A source told The Sun on Sunday newspaper: ''They worked so hard to keep their relationship strong, all their friends are stunned they couldn't make it work.

''Olly has kept himself busy with work to distract himself and took himself on a lads night out to see One Direction.

''But he looked upset during the gig, like his mind was elsewhere.''

Olly previously confessed he'd ''understand'' if Francesca decided to walk away from their relationship due to his work schedule.

He said: ''If she wanted to walk away because she couldn't handle the stress, then I would understand. I have to figure out how I can combine my work and relationship.''