Olly Murs has admitted he has worn his girlfriend Francesca Thomas' underwear previously. 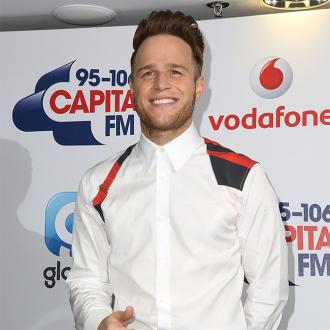 The 'Never Been Better' hitmaker revealed he and partner Francesca Thomas had swapped smalls in the past.

During an 'I Have Never' game played in Sweden, he said: ''Sometimes I like to get frisky with my girlfriend's underwear drawer.

''It's not weird - loads of girls always wear their boyfriend's pants around the house. I think everyone does it, don't they?''

Meanwhile, the 31-year-old singer - who later tried to label the underwear switch a ''joke'' - previously admitted his girlfriend had changed his life.

He gushed: ''In every relationship, there are ups and downs but all in all, it's going very well between us.

''Yes, of course [she's changed my life]. I now just have to figure out how I can combine my work and relationship. It's difficult because my job isn't very relationship-friendly. There is always something going on and I'm not often at home.

''But if we manage to deal with that [and stay together], it would make me very happy. In no past relationship have I ever planned a future together, only in this one. I really enjoy the time we spend together, we'll see how far we go!''