Olly Murs wants to be credible

Olly Murs hopes he can now be taken seriously as a singer, five years after shooting to fame on 'The X Factor'. 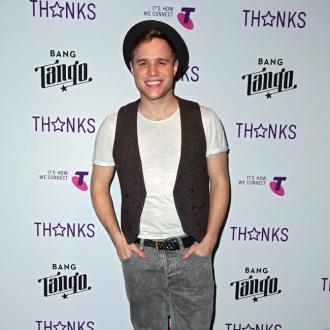 Olly Murs is hoping he can now be viewed as a ''credible artist''.

The 30-year-old pop star shot to fame when he came second on 'The X Factor' in 2009 but he thinks he has now established himself enough to go in a new musical direction and set up more collaborations that will help him be taken seriously away from his reality TV background.

He said: ''Working with Paul Weller [on a new song, 'Met Me In'] showed my fans the direction I see my music going in.

''It's been five years since I was on 'X Factor' and I feel I'm starting to be seen as a more credible artist.

''I'd love to work with Stevie Wonder, that would be the ultimate, but I don't think I'm quite there yet. I've already performed with Madness, Gary Barlow and Robbie, so I'm not doing too badly.''

The 'Troublemaker' hitmaker also ruled out using his relationship with Francesca Thomas as inspiration for his songs.

He told Britain's HELLO! magazine: ''It can be a bit tricky when you write about someone. I have done in the past and I suppose the odd thing may come from her, but most of it is general ideas where I might come into the studio in a bad mood and say, 'I want to write an angry song.'

''It can cause more problems if it is about a person.''