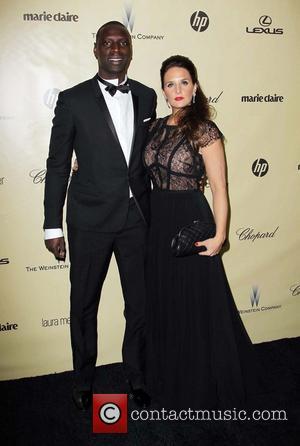 French actor Omar Sy has joined the ever-growing cast of the new X-Men movie. The news was confirmed by the film’s director Bryan Singer when the filmmaker took to twitter to let everyone know.

“Thrilled to welcome the brilliant #OmarSy from the amazing film #TheIntouchables to the cast of #Xmen#DaysofFuturePast!” posted Singer. The Intouchables, aka Untouchables is Sy’s best known film. In fact, Sy won last year's Cesar for best actor for his turn in 2011's Intouchables, ahead of The Artist's Jean Dujardin. It was, and is, the highest ever grossing non-English language film. And put Sy on the map. This is his first English-language film. The film already boasts an impressive cast, with Jennifer Lawrence, Michael Fassbender, James McAvoy, Nicholas Hoult Hugh Jackman, Patrick Stewart, Ian McKellen, Anna Paquin,Ellen Page and Shawn Ashmore all involved. Also returning is Halle Berry, who is set to reprise her role as Storm. “I’m in. I think I’m in,” she said, according to The Sun. “I am excited. I love Storm. That’s one of my favourite characters that I’ve played. And people love that character as well,” she added. “After ‘Cloud Atlas’ any makeup job is a breeze. A breeze!” Game Of Thrones star Peter Dinklage is will play the film's main villain. Days Of Future Past is scheduled to arrive in cinemas on July 18 2014.