One Direction's Liam Payne is keen to settle down and have children before he is 25. 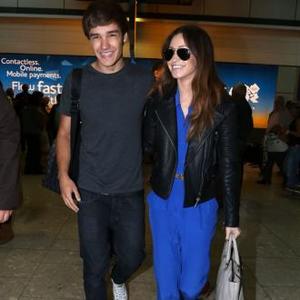 One Direction's Liam Payne is keen to settle down and have children before he is 25.

The pop star is current with dancer girlfriend Danielle Peazer.

And they were happy to admit at JLS member Marvin Humes and The Saturdays star Rochelle Wiseman's wedding at the weekend that they are serious about their relationship.

A friend told The Sun newspaper: ''Liam and Danielle are already talking about serious commitment. He's got it all worked out already -- he's really mature for his age.

''The boys were joking he would be next at Marv and Rochelle's wedding -- and he didn't deny it.

''He's said all along he wants to be a young dad. He reckons at 25 he'll be on nappy changing duty.''

Meanwhile the band are celebrating huge sales of their brand.

Liam said: ''We are obviously ecstatic and humbled by our award today.''

The boys shifted eight million singles, three million copies of album 'Up All Night' and a million DVDs in total.

To acknowledge their success, the band were presented with a special disc last night by Syco and Sony Music.