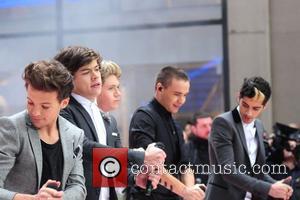 When reviewing the album of a manufactured band of the 21st century, it's not entirely clear what's to be praised of the band itself. Commending the writers is often not a praise of the band, nor is 'brilliant production' often easily attributed to the band itself. The only compliment that can be mustered is something along the lines of 'your auto-tuned singing is nice'. And, who do you compare a band like One Direction to? Every Boy Band Ever springs to mind. Disseminating the different roles at play in a manufactured band is ultimately fruitless, so we'll take 'Take Me Home' as a whole, and simply work out whether or not we like it.

As a whole, the answer is, simply, no. By saying that we don't like it does not, however, mean that it's a bad album. What it wants to do, it does. The crowd it wants to draw in will be drawn right in. The world-wide screaming 14-year-old fanbase love nothing more than sweet-cheeked boys that sing about the centre of the world kind of relationship that all teenagers believe they're in. In a song like 'They Don't Know About Us' this is the theme, because 'they' is everyone else, and 'us' are the only two people that matter. 'Live While We're Young' has obvious appeal to the youthful masses, as does 'Kiss You', the upbeat tempo of which will be very well suited to the high sugar content of most adolescent sleep overs the world over.

Of course there are highlights, and the Ed Sheeran penned second single 'Little Things' is a real gem. It's simple and delightful, and there's a delicacy not only to the lyrics but to the vocals that sets it apart from the rest of the album. Danny Jones, Dougie Poynter and Tom Fletcher of McFly also collaborated with One Direction and co-wrote 'I would', while suggestive in its title is in fact a fairly sweet love song. 'Over Again', another co-written by Ed Sheeran is another lovely song, with interesting vocal rhythms and harmonies.

To be fair to the boys, Niall Horan, Liam Payne, Harry Styles, Zayn Malik, and Louis Tomlinson, they did help write four songs from the album; 'Last First Kiss', 'Back For You', 'Summer Love', and from the 'Back to School Special' album extras a track called 'Still the One'. And as they proved on the X Factor back in 2010, they are all great singers. So, we don't like it, but it's not meant for us. 'Take Me Home' will undoubtedly thrust the young five-some into further astronomical levels of popularity and fame. It's been on repeat for a while now and it's growing on us. Okay, so it's not original and it's easy to be snobby about 'manufactured music', but as manufactured music goes it's pretty good.