One Direction given Blondie's approval

One Direction's 'One Way or Another (Teenage Kicks)' has been given the seal of approval by Blondie, who originally had a hit with the song in 1979. 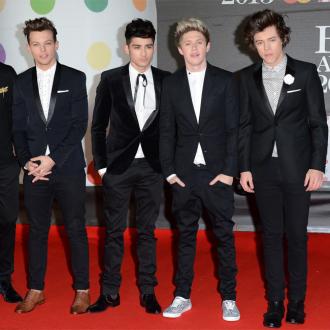 One Direction's 'One Way or Another (Teenage Kicks)' has been given the seal of approval by Blondie.

The boy band's charity single - which mashed up the New Wave band's 1979 single 'One Way Or Another' with The Undertones' 'Teenage Kicks' - was a huge hit around the globe, and Debbie Harry, who originally wrote the song with Nigel Harrison, is a fan.

She told the Daily Star newspaper: ''I was pleased by One Direction's version - I thought they did a good job.

''Making a mash-up of our song by putting it together with The Undertones' track was entirely appropriate.''

Hopefully the success of One Direction's track will give Debbie some hope for the future, as she has previously said she thinks the record industry has been ruined.

Speaking in 2011, she said: ''The music industry is already ruined. Computers and the internet and downloading songs completely ruined the music industry and everything artists used to work for.''