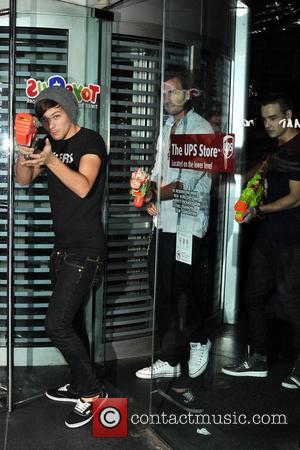 Having a second stab at chart success this week is Christina Aguilera, who is releasing a deluxe version of her latest album Lotus. In addition to the 13 tracks that you could buy if you’d purchased the album a week ago, Aguilera has now added three new tracks, ‘Light Up The Sky,’ ‘Empty Words,’ and ‘Shut Up’ as well as a Martin Garrix Remix. It seems as though Aguilera’s stature as a TV personality on The Voice may have overshadowed her own un-doubtable vocal talent. Despite assertions from the critics that Lotus is a step up from her last album, Bionic, the initial release of this album failed to make a dent on the charts and we’re not sure that this deluxe version is going to alter her fate, there.

Watch a video for Christina Aguilera's 'Let There Be Love'

Soundgarden release their sixth studio album this week and it’s their first in 16 years. King Animal was announced back in August, much to the delight of long-standing fans of one of the original grunge bands of the late 1980s and 1990s. The album begins with an acknowledgement of their lengthy hiatus, with singer Chris Cornell howling ”I’ve been away for too long” but will the mass music buying public be able to forgive their lengthy absence? King Animal has largely attracted positive reviews; it’s a solid release that will have Soundgarden fans wondering where the hell the last 16 years just went.

Listen to Soundgarden's 'Live to Rise'

Green Day have had a tough few months, recently. Their grand plans of releasing three albums in succession, Uno!, Dos! and Tre! were hampered, as were their touring plans, by Billie Joe Armstrong’s sudden admittance into rehab, after an onstage meltdown recently. Dos! Is (obviously) the second release in the trilogy and although the band will not be available to provide the kind of promotional fanfare that they would no doubt have wanted, they still stand a strong chance of the album selling well. The first release, Uno!, is still sitting respectable at number 58 in the Billboard chart so there’s no doubt the band will still do well, with their enviably-sized and loyal fanbase.