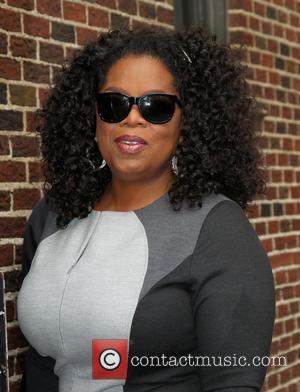 Oprah Winfrey had a scary run-in with an African elephant while on a recent vacation with her beau Stedman Graham in Tanzania.

The iconic Tv talk show host was on a tour of the Serengeti when an aggressive elephant approached the vehicle they were in and charged at the car - twice.

Fortunately no one was injured in the scary incident, but Winfrey admits the encounter left her a little shaken up.

She says, "We had literally just gotten into the truck, because we had gone for (a) walk and then we saw some elephants doing their elephant waterhole thing and one was a little irritated..."

Winfrey shared a video clip of the ordeal during an appearance on the Late Show with David Letterman on Thursday night (01Aug13).