The place where 'The Oprah Winfrey Show' was filmed since 1990 is expected to be purchased by a Chicago-based developer within the next 30 days. 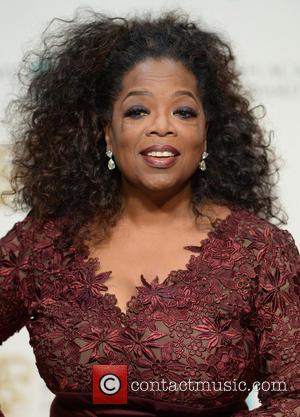 Oprah Winfrey is expected to sell one of her most notable possessions.

The TV mogul is selling the studios she filmed her famed show 'The Oprah Winfrey Show' from 1990 to 2011 to a developer, the Associates Press reports.

Winfrey stopped filming her show at the Chicago-based Harp studio when her own cable channel, Oprah Winfrey Network, debuted 3 years ago.

Despite this transaction, which is expected to be finalized in the near future, the studio will still remain intact for another two years and will continue to produce programming for the 60 year-old's cable network (OWN).

"We have entered into a purchasing agreement with Sterling Bay for the four-building Harpo Studios campus in Chicago's West Loop," Harpo told Crain's Chicago Business in a statement.

"We expect the transaction to be closed in 30 days. The property will be leased back to Harpo for two years and the studio will continue to produce programming for OWN."

The 3.5-acre campus studio lot, which currently employs around 200 people, is expected to sell for around $32 million.

Oprah first began her career in The Windy City 20 years ago to work on WLS-TV's morning talk show, A.M. Chicago. Soon after, the show became No.1 in ratings and was changed to 'The Oprah Winfrey Show' in 1985.

Winfrey then began filming the show in Harpo studios five years later in 1990, and this led to an economic and residential boom in a once deprived neighbourhood.

To recognise what Winfrey achieved while filming at that location, Chicago's former mayor Richard Daley named the street directly outside Harpo Studios 'Oprah Winfrey Way,' in 2011. Winfrey has filmed at the studios since 1990