Oprah Winfrey has issued an apology to the store in Zurich, though what does it mean? 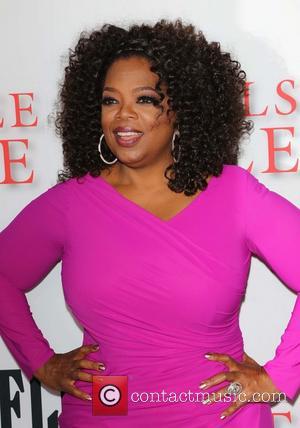 Oprah Winfrey has made a public apology to an upmarket handbag store in Zurich for claiming they refused to sell her an expensive item based on the color of her skin.

Unless you've been living under a rock for the past few weeks, you'll have heard that Oprah was in Switzerland for the wedding of her pal Tina Turner. Like any good billionaire, the TV star opted to do a little shopping before the ceremony and wandered into Trois Pomme seeking a nice new bag. Not too much to ask now is it?

Only, according to Oprah, a shop assistant at the store deemed a $38,000 Tom Ford bag - named after actress Jennifer Aniston - was "too expensive" for the queen of daytime television. Winfrey claimed she asked to see the bag numerous times, though was denied and ushered towards the cheaper items.

The whole thing began to gaining momentum - the Swiss tourist board apologised, the store denied any wrongdoing, World War III was on the horizon.

The Trois Pommes sales assistant in question gave an interview to the German-language newspaper SonntagsBlick, calling Oprah's accusations "absurd" and claiming she hadn't slept for days. "I wasn't sure what I should present to her when she came in on the afternoon of Saturday July 20 so I showed her some bags from the Jennifer Aniston collection. I explained to her the bags came in different sizes and materials, like I always do. She looked at a frame behind me. Far above there was the 35,000 Swiss franc crocodile leather bag,

"I simply told her that it was like the one I held in my hand, only much more expensive, and that I could show her similar bags. It is absolutely not true that I declined to show her the bag on racist grounds. I even asked her if she wanted to look at the bag," she explained.

Though Winfrey appears to be backtracking, she failed to elaborate on the incident and didn't comment on whether she still regarded the incident as an example of racism.

Her initial claims were made amid a political row in Switzerland over asylum seekers' rights. Oprah Winfrey At The Premiere of 'The Butler'