The Zurich is denying that Oprah was the victim of racial discrimination. 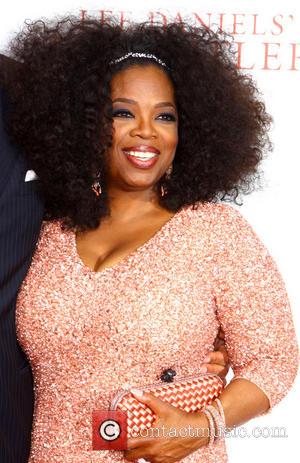 The owner of luxury store in Zurich has denied refusing to sell Oprah Winfrey a designer bag on account of her race.

In two U.S interviews this week, Winfrey - one of the richest women on the planet - said she was discouraged from viewing a Tom Ford crocodile handbag because the shop assistant said it was "too expensive" for her.

Winfrey was in Zurich for the wedding of Tina Turner when she took a trip to luxury store Trois Pommes, asking to see Tom Ford's classic 'Jennifer' bag - named at Jennifer Aniston - with a view to buying it for 35,000 Swiss francs ($24k).

The legendary talk show host was told she could not see the bag on three occasions before being ushered towards the cheaper bags, however, the owner puts the incident down to a language barrier.

"This is an absolute classic misunderstanding," Trudie Goetz told Reuters on Friday, "Of course that's not the case. Who wouldn't want to sell a purse for 35,000 francs."

Winfrey, 59, runs her own TV network and earned $77 million from June 2012 to June 2013, cementing her place at the top of Forbes' most powerful list, the fifth time she has headed it.

The incident is particularly embarrassing for the Swiss tourism association given revelations this week suggested asylum-seekers are not allowed free movement to public sports venues like municipal pools. The tourism board said it regretted the Oprah debacle and was "never happy when our guests' feelings are hurt."

The multi-talented Winfrey is currently promoting her return to the big screen, in Lee Daniels' 'The Butler,' which stars Forest Whitaker in the lead role. Though the film has garnered lukewarm reviews, Oprah's performance is gaining considerable Oscars buzz. Oprah Winfrey At A Screening of 'The Butler' Oprah Has Tried To Purchase One Of Tom Ford's Bags