Orlando Bloom is expected to reprise the role of Legolas in the forthcoming 'Lord Of The Rings' prequel 'The Hobbit' next year. 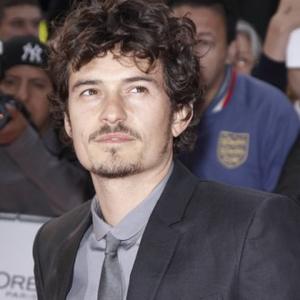 Orlando Bloom is the latest star to reprise his role in 'Lord Of The Rings' prequel 'The Hobbit'.

The British actor, who portrays archer Legolas in the movie series, is reported to have joined the movie following long negotiations, Deadline.com reports.

Cate Blanchett was announced earlier this week to be reprising her character Galadriel in the Peter Jackson-directed epic.

Announcing the news the Australian star would return, Peter said: "Cate is one of my favourite actors to work with and I couldn't be more thrilled to have her reprise the role she so beautifully brought to life in the earlier films."

Martin Freeman is set to play the lead character Bilbo Baggins in the film, which is being shot in New Zealand, with James Nesbitt and Robert Kazinsky also confirmed.

Negotiations with Andy Serkis and Sir Ian McKellen are believed to be ongoing, although Sir Ian updated his official website recently suggesting he would be at the shoot, which begins in February 2011.