Orlando Bloom Opens Up About Separation From Miranda Kerr On 'Katie'

Orlando Bloom opens up about his split form Miranda Kerr and says they will still "love each other as parents to Flynn." 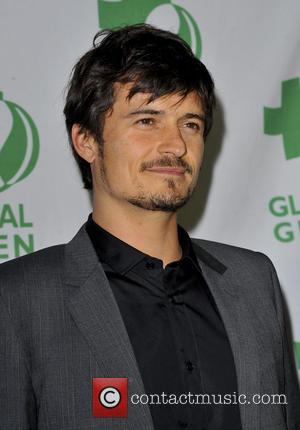 Orlando Bloom and Miranda Kerr announced they split up after six years of together and 3 years of marriage.

The British actor appeared on talk show 'Katie' this Friday (Nov 1st) and discussed their abrupt but amicable split.

"We love each other. We're a family. We're going to be in each other's lives for the rest of our lives," Bloom told Katie Couric on an episode of her self-titled show.

"There's no question that, you know, for the sake of our son and everything else, we're going to support one another and love each other as parents to Flynn."

'The Lord Of The Rings' actor met the Australian model in 2007 and they married one month after the 36 year-old proposed to Kerr in July 2010.

Bloom continued to open up about his failed marriage, "You know, life sometimes doesn't work out exactly as we plan or hope for, but fortunately, we're both adults, and we're professionals, and we love and care about each other. And we, most of all, love our son."

Bloom, who is currently starring in 'Shakespeare's Romeo And Juliet' on Broadway, told TMZ when referring to his separation "We're family. We're not friends. We're family," but would not divulge the reason behind their split, he simply said, "Life's a mystery. Things don't always work out the way you want them." Kerr and Bloom split after 3 years of marriage