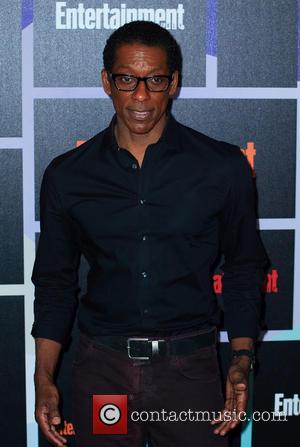 Actor Orlando Jones is using the popularity of the ALS Ice Bucket Challenge to raise awareness about gun violence in America.

Some of the world's biggest names, including Justin Timberlake, Lady Gaga, Ben Affleck, Taylor Swift and Britney Spears have doused themselves with icy water and posted the footage on social media as part of the new charity phenomenon, aimed at raising money and awareness for the ALS Association, which is attempting to find a cure for Lou Gehrig's disease.

The Sleepy Hollow star commends his fellow celebrities for their efforts and has pledged to donate to the cause, but he also wants to bring attention to another issue in America - gun violence and militarised police forces.

Jones explains the controversial police shooting of unarmed teenager Michael Brown in Missouri and the escalating violence prompted by the killing in Ferguson, Missouri inspired him to speak out.

In a hard-hitting new video, in which Jones dumps bullets over his head instead of ice water, he says, "This past week I've watched an American city become something akin to a war zone... It all seems to stem from some sort of militarised police force threatening the rights of people to assemble (in protest).

"I'm asking something very hard of myself, I'm challenging myself to listen without prejudice, to love without limits and to reverse the hate..."