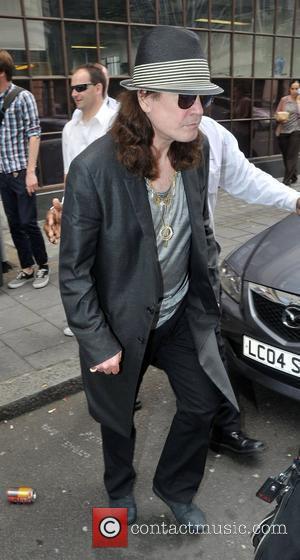 Rocker Ozzy Osbourne is cashing in on his unlikely career as a medical adviser - he's writing a new book based on the crazy "survival stories" of his hellraiser past.
The Black Sabbath star began offering medical advice to Sunday Times readers in the U.K. earlier this year (10) and he recently started offering American fans his words of wisdom in music magazine Rolling Stone's new Ask Dr. Ozzy column.
Now he's using that same title for another literary release, which will see Osbourne re-team with writer Chris Ayres, co-author of his memoir I Am Ozzy.
Ask Dr. Ozzy will "tell incredible survival stories not found in his memoir, offer advice that no human should follow, and shed light on his seemingly superhuman ability to keep breathing", according to the press release.
It is expected to hit store shelves in October 2011, reports Blabbermouth.net.