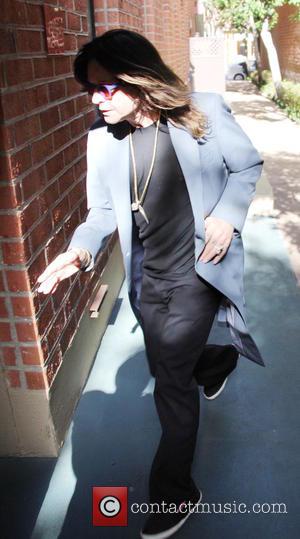 The Black Sabbath frontman has teamed with Jack to shoot a show for the History Channel which takes them to famous historical sites including Britain's Stonehenge and Bletchley Park, where codebreaker Alan Turing, played by Benedict Cumberbatch in The Imitation Game, worked.

The pair is also planning to visit Mount Rushmore in South Dakota for the show, and Ozzy insists he is finding the experience highly educational.

"Jack and I are doing a thing for the History Channel, like a father and son spoof on history," he tells Billboard.com. "We went to Stonehenge and met a guy who thinks he's the f**king reincarnation of King Arthur. And we went to Bletchley Park to see the machine (Alan Turing) used to break (codes)... We're going to Mount Rushmore, to the abandoned silos where America used to have their Minutemen missiles and all that. It's educational for me, actually - history with an Osbourne slant."

No further details about the project have been released.