Ozzy and Sharon have sex five times a week, despite being married for over 28 years. 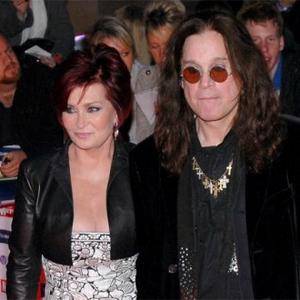 Ozzy and Sharon Osbourne have sex five times a week.

Despite being married for 28 years and having three grown-up children together, the couple are keen to keep the Spark in their relationship alive by getting frisky between the sheets on a regular basis.

When asked if it was true he made love to Sharon five times a week on TV show 'The Talk' - on which his spouse is a host - Ozzy replied: "Yeah, too right we do. What's wrong with that?!"

As well as having an active and fulfilling sex life, Ozzy also revealed he is quite romantic at home and often cries at moving films.

Recalling a moment when he, Sharon and one of their daughters were watching tearjerker 'The Notebook' together, the 62-year-old rocker - who famously bit the head off a live bat on stage - said: "I'm sitting on the bed and I'm thinking I can't let me daughter see me cry but it gets your heart. I'm not really the prince of darkness. I'm a loving, cuddly guy."

Ozzy has never been shy about discussing his love life and recently said the only time he won't want sex is when he's dead.

He said: "I firmly believe that the only time you'll ever get any peace from down below is when you're in the ground. I'm almost 62 and I still love a good old game of 'Where's the Salami?'"