Ozzy Osbourne hated being on The Osbournes

Ozzy Osbourne is relieved 'The Osbournes' is over and has vowed to never make an appearance on reality TV ever again. 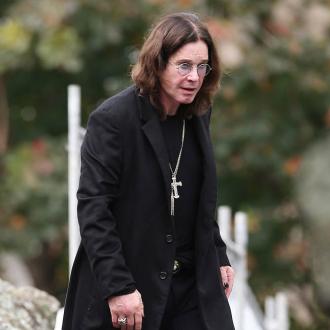 Ozzy Osbourne used to hate being on 'The Osbournes'.

The Black Sabbath rocker claims he ''never watched one f****ing episode'' of his MTV reality show, which ran from 2002 to 2005 and followed his family's antics, from X-rated rows to his wife Sharon's battle with cancer.

Now that he isn't being followed by cameras 24/7, Ozzy has vowed to never star on a TV show again and is refusing to make a cameo appearance on 'The X Factor' UK when Sharon returns as a judge this autumn.

He told Classic Rock magazine: ''That was a period of my career I'm glad is gone. Sharon's turned into this television person now. She's always saying, 'You're coming on the show, aren't you?' And I'm going, 'No! I hate doing TV!' ''

The 64-year-old musician has often spoken out against his wife's obsession with the showbiz lifestyle, claiming he has no interest in living his life in the limelight.

He recently said: ''Sharon's obsessed with that showbiz lifestyle. But it's not for me. Leave me out of it. Sharon's always introducing me to people I don't know or want to meet.

The couple - who have been married for over 30 years and have children Kelly, 28, Jack, 27, and Aimee, 29 - faced struggles earlier this year when former addict Ozzy relapsed and started drinking and taking drugs again, but Sharon is determined to stay by his side and support his attempt to stay clean.