Ozzy Osbourne insists he has no plans to retire anytime soon after Black Sabbath were nominated for three Grammy Awards. 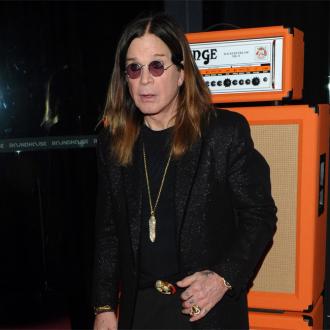 Ozzy Osbourne insists he has no plans to retire.

The Black Sabbath musician, who has now been sober for nearly a year after relapsing into drink and drugs, says he still gets a thrill out of being on stage after the band reformed in 2011.

The 65-year-old told NME magazine that he's living ''on borrowed time'' and started getting asked about quitting music when he turned 60.

He said: ''The word 'retirement' started coming into the interviews, but as long as I have an audience, as long as I can physically do it and enjoy doing it and they want to see me, what's the point in quitting?''

Black Sabbath have been nominated for three Grammy Awards after their album '13', their first in 18 years, topped the charts in 30 countries, giving them their first ever US number one.

Ozzy says it's his ''dream'' to get the band's original drummer Bill Ward on board for another Sabbath album but hasn't spoken to him because: ''It wouldn't be fair. 'Hi, how are you, Ozzy?' 'I'm alright Bill, I'm just about to go onstage to 75,000 people in Sao Paolo. Wish you were here!' When it's all over, I'll probably give him a call.

He said: ''I love and respect the guy very much, but we just couldn't hang around any more. [His absence] is obviously something to do with dollars, but my wife [Sharon] does the deals, do I don't know.''

Ozzy said the idea of another album is ''down to the powers that be''.

He added: ''Tony [Iommi, guitarist] has got fucking thousands of great riffs. He's like a machine.''