Ozzy Osbourne In Awe Of Taylor Swift After Random Meeting 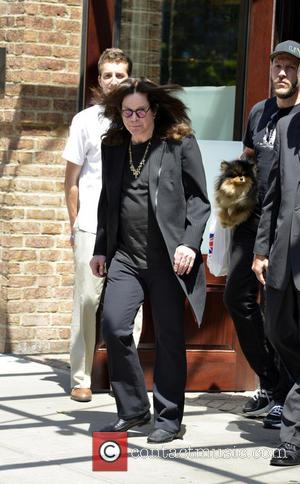 Heavy metal icon Ozzy Osbourne has joined the celebrity Taylor Swift fan club after becoming captivated by her beauty and talent during a run-in in Los Angeles over the weekend (28-29Sep13).

The Black Sabbath frontman was shopping with his wife Sharon on Sunday (29Sep13) when they bumped into the 23-year-old country superstar and struck up a conversation.

Sharon reveals it was Ozzy's first time meeting Swift and he was instantly enamoured with her, even comparing the singer to legendary Hollywood stars Grace Kelly and Audrey Hepburn.

Explaining the meeting on her U.S. daytime show The Talk on Tuesday (01Oct13), Sharon Osbourne said, "My husband doesn't say anything about anyone - he knows who Taylor Swift is, he knows her music, but he's never met her before, and he was so blown away with her beauty and the aura that she projects, he said to me, 'I have finally met somebody that I can say is a true superstar.' He said, 'She reminds me of Grace Kelly or Audrey Hepburn.' He called her the most magnificent young girl he's met in his lifetime. He was so blown away by her."