Ozzy Osbourne made 13 because he 'needed the money'

Ozzy Osbourne made Black Sabbath's comeback album, '13', because he ''needed the money''. 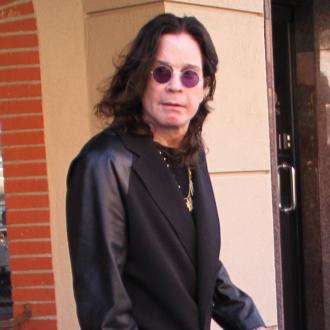 Ozzy Osbourne made Black Sabbath's '13' because he ''needed the money''.

The singer reunited with original band members Tony Iommi and Geezer Butler in 2011 to record their first album together since 1979, and Ozzy admits his motivations were partly financial.

When asked if Tony's diagnosis with cancer gave the band momentum to finish the album, he said: ''That and the fact I'm a f***ing terminal shopper. I need the f***ing money.''

However, Ozzy, 65, did concede Tony's diagnosis - for which he is still undergoing treatment - helped put things into perspective.

He added: ''It did make us think we can't hang around anymore. At our ages, any of us could get sick. At any stage in fact. The chemotherapy he's got to have, it's not something you can party with.''

He told NME magazine: ''When he was diagnosed we had some song ideas, but once he knew it was cancer he was so determined to finish the album, he'd be working on parts from his hospital bed in England and sending them to us in Los Angeles. It inspired us, definitely.