Rocker Ozzy Osbourne Has Reportedly Signed Up To Make A Cameo In The Upcoming Reboot Of Beloved Action Franchise Ghostbusters. 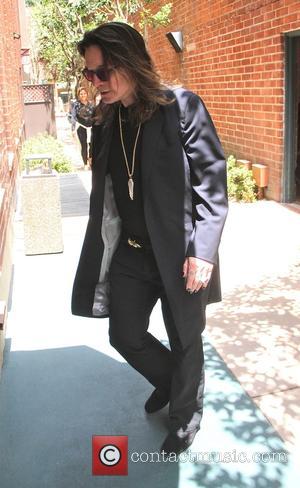 The Black Sabbath frontman was spotted on set last week (ends02Aug15) at Boston's Citi Wang Theatre, where a scene featuring a heavy metal concert was being shot, according to local newspaper The Boston Herald.

An insider for the Herald says prop posters set up at the venue advertised a "Rock Revenge Fest featuring Ozzy Osbourne" as part of a "12 Hour Marathon of Metal."

In addition the marquee for the Citi Wang Theatre was replaced with a sign that read, "Rock Out With Your Metal Out."

Osbourne has yet to confirm the appearance.

Director Paul Feig has been in Boston for the past few weeks filming the new installment of the supernatural comedy, which stars an all-female cast featuring Kristen Wiig, Melissa MCCarthy and Saturday Night Live comediennes Kate MCKinnon and Leslie Jones.