Sharon and Ozzy Osbourne's marriage is back on track after the 'Talk' host moved back in to their Los Angeles home. 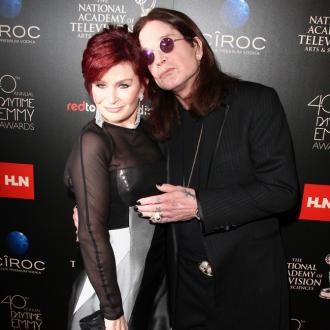 Sharon and Ozzy Osbourne are living together again.

Sharon was devastated when her spouse of over 30 years relapsed and started drinking alcohol and taking drugs again earlier this year and she moved out of their home and into the Beverly Hills Hotel but after Ozzy got clean and promised he had his addictions under control, Sharon decided to give him another chance.

A source told TMZ: ''Sharon is determined to help Ozzy stay off the junk - she's even hired a 'sober team' to monitor the rock star 24/7 and help him steer clear of potential hazards.''

However, while Sharon, 60, is delighted the 64-year-old musician has beaten his demons, she warned him if he falls off the wagon again there could be dire consequences for their marriage.

A source previously said: ''Ozzy will do anything Sharon asks as long as she'll take him back.

''He can't bear to live without her. But she's warned him, no more sneaking around behind her back doing drugs or drinking. Any slip-ups and she's out of there.''